«Goes without saying, but it’s got to be said»
JACC RECORDS, JR 040

«First Room» is the debut solo album of Norwegian microtonal tuba and sine-waves player and composer Martin Taxt, one of the founders of the Sofa Music label, dedicated to the Japanese tea room and the tatami mat, as its floor plan is shown on the cover and inspires the musical score. Taxt has maintained a close relationship and recorded with like-minded, experimental musicians from Japan, among them guitarist Tetuzi Akiyama, no-input mixing board player Toshimaru Nakamura, drummer Seijiro Murayama and trombonist Toshihiro Koike.

«First Room» is the first in a series of works investigating possible relations between architecture and music, the topic of his master’s degree at the Academy of Music in Oslo. Taxt t is assisted by double bass and viola da gamba player Inga Margrethe Aas and both recorded the album in the same room over two days, one was a studio recording and the other a live performance, often shadowing the recorded materials with subtle changes in pitch and timbre, aiming to suggest an ambiguous and fragile sound that is comprised of the live and recorded sessions. The live performance included a live video from visual artist Kjell Bjørgeengen.

The 35-minutes, title-piece succeeds to create an intricate and enigmatic sonic ambiguity where the deep-end, resonating sound of the microtonal tube is blended with the subtle sine-waves and the exquisite, extended bowing techniques of Aas. In a way, «First Room» is an extension of Taxt work with the trio of microtonal tubas Microtub, both projects demanding the attentive listeners to alter their listening practices to the almost atomic components of every sound and how these sounds act and react within and through the recording or performance space. Throughout «First Room», all sounds are slowed down and distilled to its basic foundations and the dark, bare contours of a highly meditative and quiet drone, and even time seems to shrink into a much slower dimension. This composition is delivered with an impressive sense of precision and control, and a similar devotional austerity as in the Japanese tea ceremony, lingering in the listener’s mind long after it is gone. 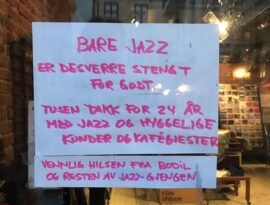 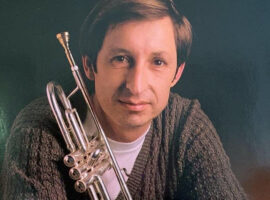 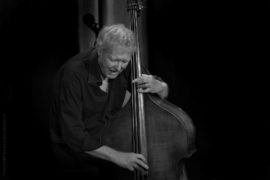 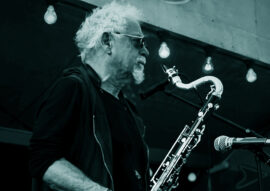 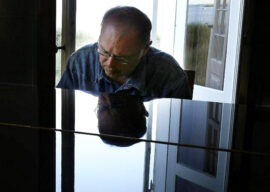 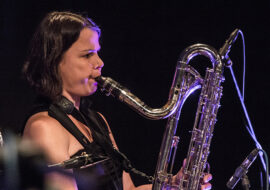 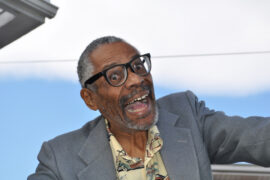 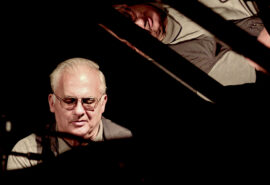